What is today Congregation Beth Shalom had its very humble beginnings in the Santa Clarita Valley as Temple Beth Am, a non-affiliated group of Jews who met for services in members’ garages. 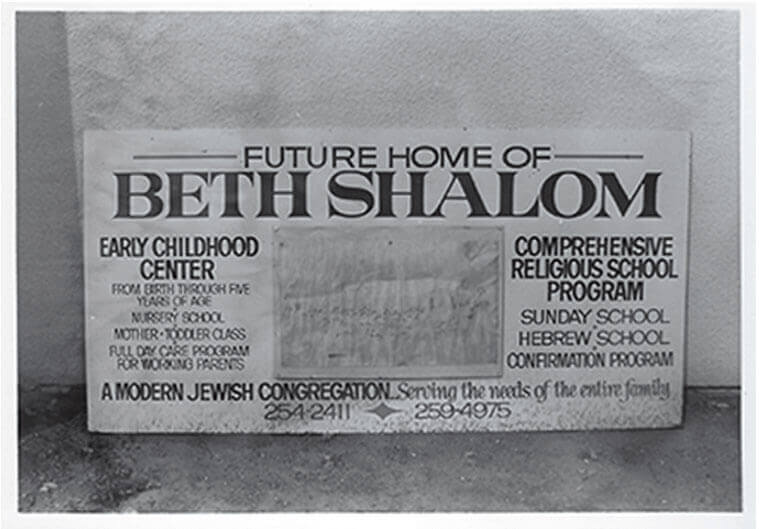 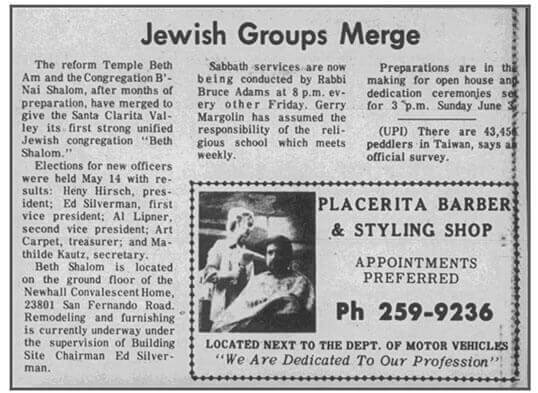 Congregation Beth Shalom was formally organized and incorporated as the first Jewish synagogue in the Santa Clarita Valley. In the early days, membership consisted of approximately 17 families and was led by CBS’s first president, Henry Hirsh. CBS’s first Rabbi, Rabbi Irving Klevens, led services several Fridays a month in the basement of a nursing home in Newhall.

Rabbi Klevens stepped down and was replaced by Rabbi Ron Hauss, who had been serving as CBS's Cantor. By then, CBS consisted of 33 member families. After a fire at the nursing home, CBS moved to a shared space at the United Methodist Church in Valencia. 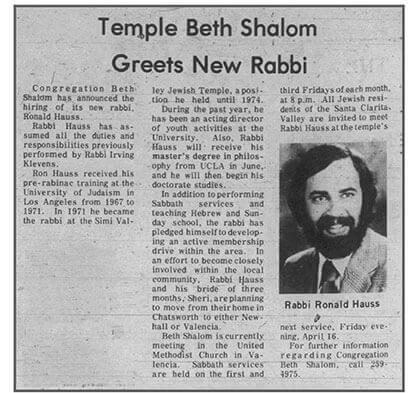 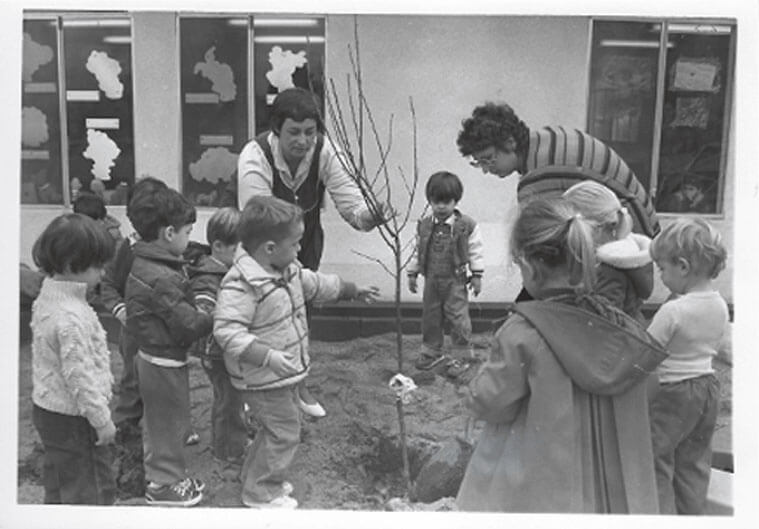 CBS acquired and moved into a new property on Lyons Avenue in Newhall. 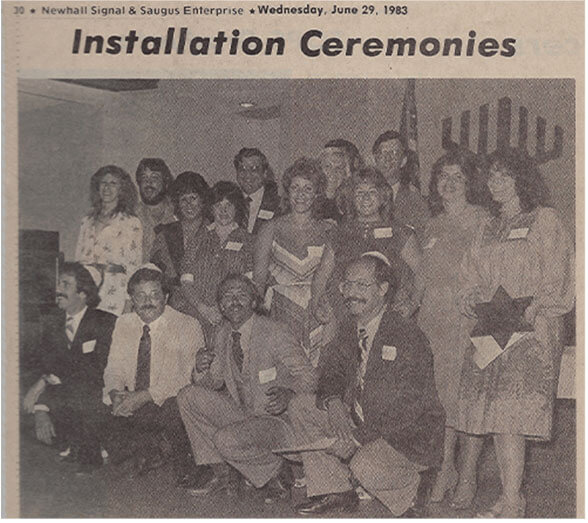 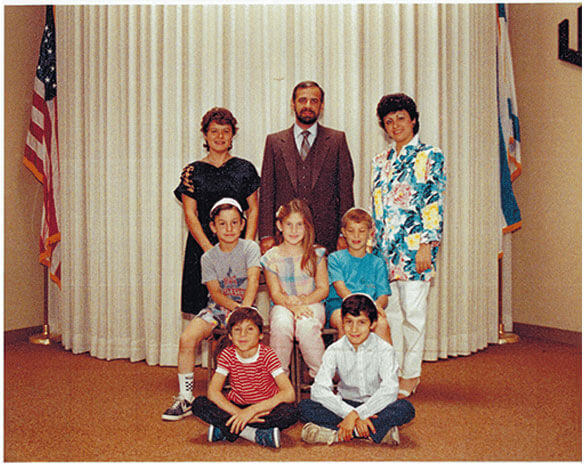 Rabbi Hauss, who had left CBS in 1981, returned to CBS after a 4-year absence for his second stint as Rabbi at CBS.

CBS acquired and moved to its current location on Centre Pointe Parkway. The property was empty when CBS purchased it but was developed over the years into the warm and welcoming place it remains to this day. 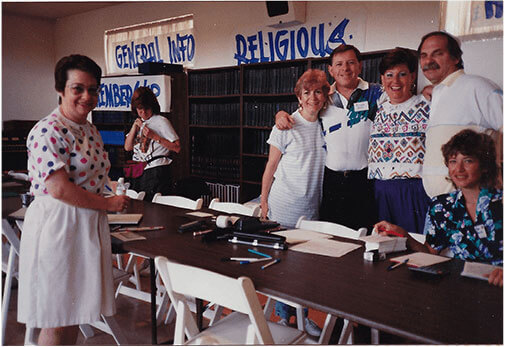 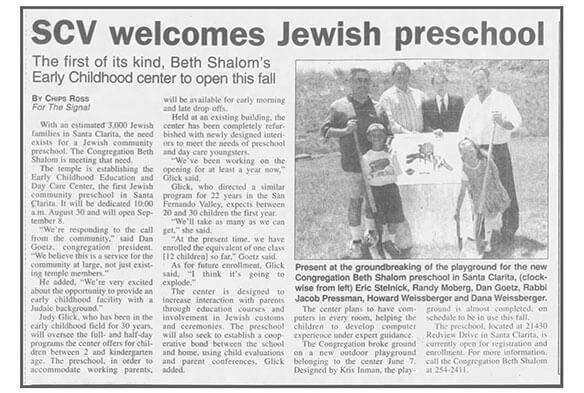 CBS Preschool was dedicated over Labor Day weekend, giving young children in Santa Clarita a wonderful and nurturing place to grow and begin their Jewish education.

Rabbi Hauss, who had left CBS in 1995, returned after an 18-year absence for his third stint as Rabbi at CBS. 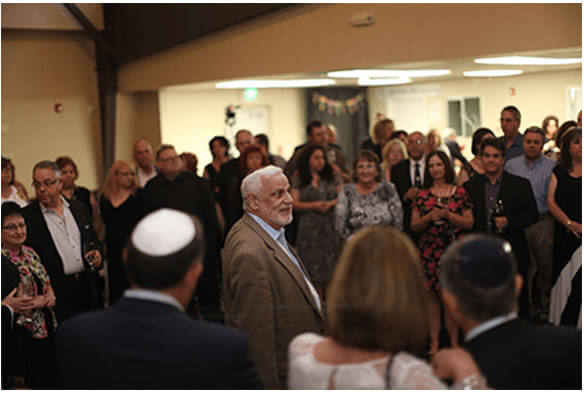 Over a long weekend of celebration in May, CBS dedicated the magnificent new Marks/Gruber Sanctuary and Social Hall Complex, finally allowing the synagogue to host High Holy Day services for a community that had long outgrown the much smaller sanctuary CBS had utilized since first moving to Centre Pointe Parkway 20 years earlier.

To honor the 11 million people - including 6 million Jews - who died at the hands of the Nazis during World War II, the CBS Men’s Club dedicated to CBS a Holocaust Memorial, the first of its kind in the Santa Clarita Valley. Later that year, after serving as CBS’s Rabbi for more than 20 years, Rabbi Hauss retired. Rabbi Jay Siegel became CBS’s new Rabbi, ready to lead CBS into a new era. 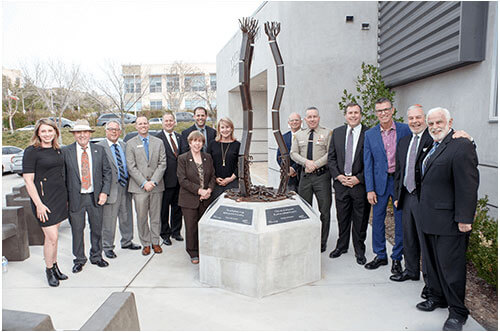 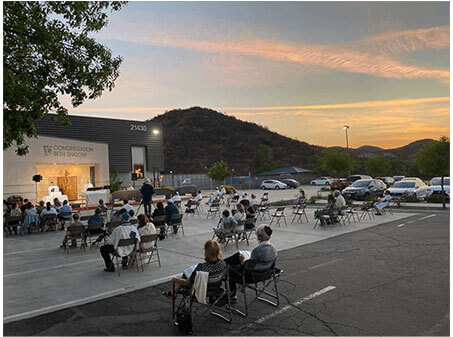 Today, the community that began so humbly with 17 families is now a community of more than 250 member families. The seeds planted by the original pioneers of CBS have truly taken root in the Santa Clarita Valley and have flourished, growing into the vibrant, egalitarian spiritual center that CBS is today. As the oldest Jewish synagogue in the Santa Clarita Valley, and as the SCV’s center of Conservative Judaism, CBS strives to serve our ever-expanding Jewish community.