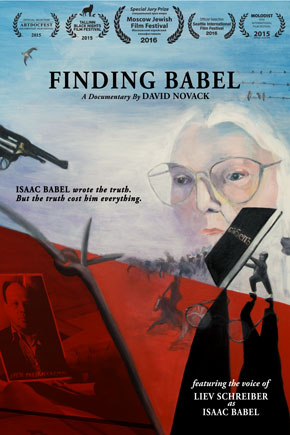 Andrei Malaev-Babel traces the life and history of his grandfather Isaac Babel throughout Ukraine, Russia, and France. Isaac Babel is known as one of the greatest writers of the 20th Century. The masterpieces of this Russian-Ukrainian writer challenged the ideology of the Soviet Union. Babel was born in Odessa, revolted against his strict Jewish upbringing, and signed on with a regiment of the Cossacks. Lingering traces of a turbulent history echo in Babel’s writing and in the conflicts of today’s Ukraine and Russia. Babel’s voice comes to life as Liev Schrieber narrates excerpts from his stories.

$1 raffle tickets will be on sale for your chance to win a $25 gift card.